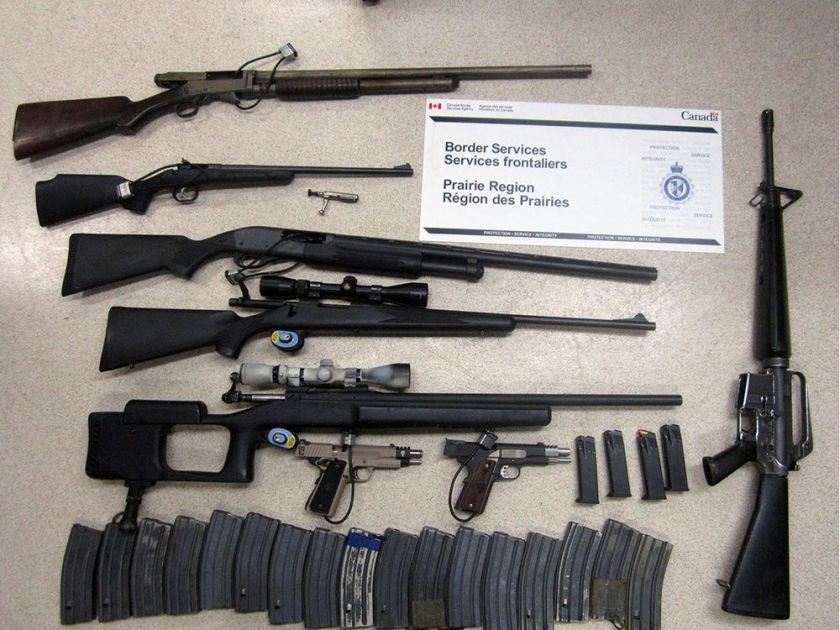 Anyone arguing Canada is in need of further gun control has clearly never attempted to buy a gun there.

Yet, in the wake of the tragic shooting last month on Toronto’s Danforth Ave., there’s a contingent pushing for exactly that. Toronto’s city council passed a motion calling on the federal and provincial governments to ban the sales of handguns and their ammunition, while Prime Minister Justin Trudeau isn’t ruling out such a proposal.

It was with great frustration that I read University of Toronto professor Jooyoung Lee’s op-ed in the New York Times urging Canada to “reflect on whether handguns ought to be banned.”

Prof. Lee cites a report that 62 per cent of gun-related homicides are committed with handguns, but omits the fact that the majority of guns used in crimes in Canada are illegally owned.

This includes the handgun used by Toronto shooter Faisal Hussain, whose older brother has ties to a street gang and was charged with several drug and weapons offences in 2015.

A handgun ban wouldn’t have stopped Hussain from getting or using his gun. Those who say otherwise don’t know how strict the rules already are.

There is no Canadian version of the second amendment; the government views gun ownership as a privilege, not a right.

Buying a typical rifle or shotgun requires a license granted by the government only to those who have gone through a number of steps, including passing the firearms safety course’s written and practical exams, clearing background and reference checks, and approval by the Chief Firearms Officer.

Mental health, job losses, divorces and bankruptcies are all factored into applications.

Owning a handgun, or other firearms classified as restricted (such as AR-15 models), requires a harder-to-get license that invites even more scrutiny and oversight from the government, including an assessment of why you want handguns. Generally, collecting and sport shooting are the only valid reasons.

As a collector, you can’t take your guns anywhere. As a sport shooter, your license can be revoked if you aren’t’ a member of a certified gun range.

You won’t find a loaded gun in the nightstands or glove compartments of Canada’s law-abiding gun owners.

At home, handguns must be locked, unloaded and secured separately from ammunition. When in transit, you must take the most direct route from home to the range or gunsmith or back. Even innocent slip-ups can mean criminal charges.

The only ones impacted by a handgun ban are those like me who work hard to stay within the laws—not the people who are actually committing crimes with guns.

American gun owners are likely in shock by this. Despite my frustration with several of the restrictions that don’t enhance public safety, I concede that the system is effective in weeding out those who pose a risk to themselves or others.

But as the Toronto shooting shows, this won’t stop someone hellbent on committing an act of violence from getting their hands on a weapon.

The calls to ban handguns ignore the lack of correlation between lawful gun ownership and gun crime.

Between 2004 and 2015, the number of legally owned restricted guns doubled, yet firearm-related homicides remained fairly constant—and even dropped, some years—in the same timeframe.

Toronto had a surge in shootings in 2005—mostly gang related. At the time, police said 70 per cent of guns used were smuggled from the United States. In the years since, the Canada Border Services Agency has reported increases in illegal weapons seizures.

Trudeau has pledged to look at how jurisdictions around the world have dealt with gun control. It’s important to look at all violent crimes, not just those which involve firearms.

In countries with incredibly strict gun control, like the United Kingdom and Australia, the results have hardly been as idyllic as advocates like to make out.

Knife crime in the UK has filled a void in the country’s cities. After firearms were effectively banned in 1997, homicides actually increased for five years, and only started to drop in 2002, mirroring an overall trend in Western nations that existed irrespective of gun control.

Australia’s sweeping gun confiscation, enacted in the 1990s by former prime minister John Howard as a kneejerk reaction to a mass shooting a year earlier, hasn’t deterred a steady increase in gun crimes. In fact, firearm offences have gone up by 250 per cent since 2011.

The challenges would be all the greater for Canada, which shares with the United States the world’s longest unprotected border.

If Australia, a literal island thousands of miles from the United States, can’t stop the illegal importation of American guns, I can’t fathom a world where Canada fares much better.