In my new life as an independent journalist and commentator, no story I’ve tackled has had the reach and interest of my coverage of the Tommy Robinson trial-that-never-was in England last month.

It’s understandable given how many of today’s most pressing cultural concerns are encapsulated in the case. Judicial activism, free speech, excessive immigration, media bias, and class divide: all of them are central to what’s happened to Robinson, and how it’s been covered (or not covered, such as the case may be.)

Bob Metz and Robert Vaughan of Just Right Media have been covering many of these issues for years, and graciously invited me back to their program to discuss what I learned and uncovered in England, and how this case fits into the work I’m doing on immigration and constitutional liberties with the True North Initiative.

If you’ve followed the Robinson case extensively you’ll be a bit bored with the opening few minutes of the case, where I recap the backstory before getting into the meat. But do stick through it, as it’s an hour of great discussion about key issues facing western society.

Listen to the interview in full here. 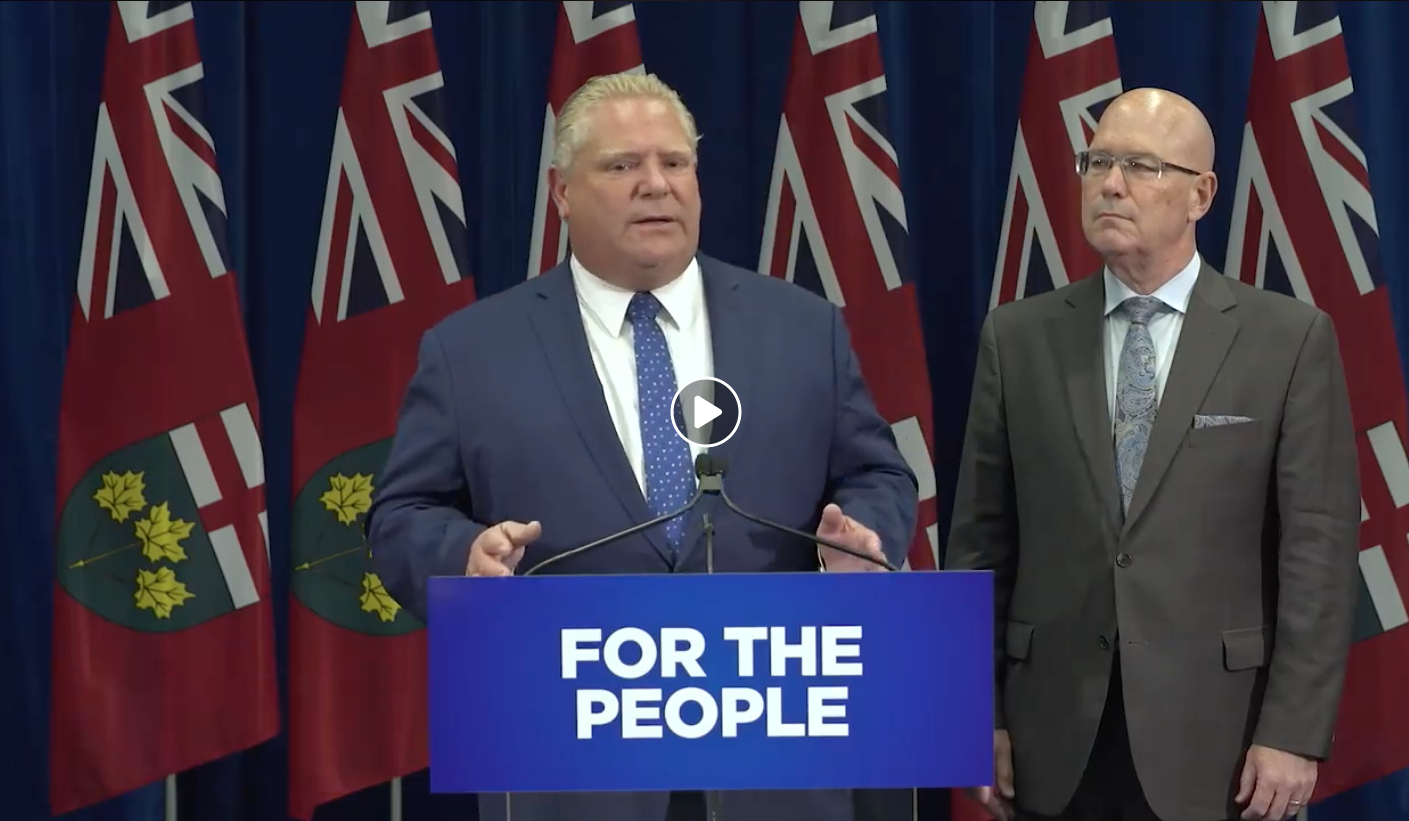 When judges overstep their bounds, elected governments need to fight back. That’s exactly what Premier Doug Ford did by deploying the notwithstanding clause, as I discuss in this week’s Loonie Politics column.

As always, an excerpt is below, but please pick up a subscription (only $40 a year using the promo code ‘Lawton’) to read the full piece and the stellar work of my colleagues.

What started as a deflation of a bloated Toronto city council has now become a weapon against judicial activism.

Premier Doug Ford has thrown down the gauntlet to the courts based on a very simple premise: he was elected to govern Ontario, and they weren’t.

That a bill about one city’s municipal election has ignited a national constitutional conversation is proof that the process by which a law comes to be is often more important than the specific law in question.

As a non-Torontonian, my life wasn’t changed with the passage of Bill 5, the Better Local Government Act, last month.

But for the 509 declared candidates and the two or three Toronto voters paying attention to municipal politics in August, the bill was undeniably disruptive.

But there’s a difference between something being a disruption and it being unconstitutional.  That distinction was lost on Judge Edward Belobaba of the Ontario Superior Court of Justice, who ruled on Monday that Ontario government “has clearly crossed a line” with its decision to cut Toronto’s council from 47 wards to 25 just a couple of months before the election.

Hours after the decision, Ford responded with a historic vow to reintroduce the legislation with the notwithstanding clause, which his government did on Wednesday.

It’s a tactic never before employed by an Ontario government.  The lack of precedent notwithstanding (sorry), the clause in question is still a valid tool afforded to premiers, and has been for nearly four decades.

I can’t help but laugh at the left’s accusation that Ford has trampled on the Charter of Rights and Freedoms when it’s that very charter that contains the notwithstanding clause.  It was specifically carved into the document so provinces could maintain autonomy and protect themselves against overzealous interpretations of Charter freedoms.