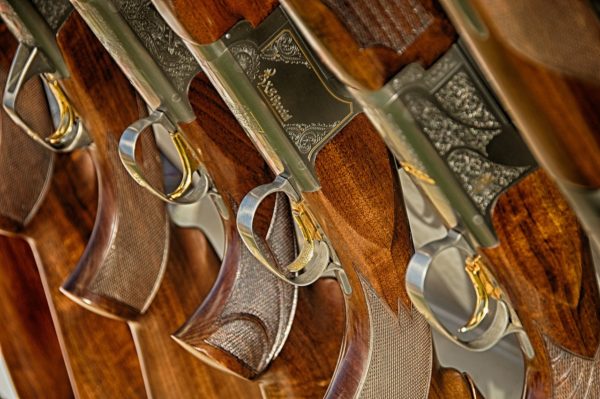 One of Canada’s largest property management companies bars tenants from having guns in their units, even if they’re legally owned.

This was a dealbreaker for an Ottawa gun enthusiast, who withdrew his application for a rental unit from Minto Properties upon seeing the firearms ban listed in the tenancy agreement under a section titled “Firearms and other Weapons.

“For the protection of all Residents, firecrackers, knives designed to be used as weapons, firearms, pellet or paintball guns, lethal weapons, or any objects considered dangerous to the health and/or well-being of fellow Residents are not allowed on our property,” the lease said.

The wording is so broad as to even bar licensed gun owners from keeping legally-owned firearms, stored in accordance with the government’s strict regulations, at home.

“I could not sign that knowing I will not be compliant,” said the prospective tenant, who wished not to be named. “Violation of their agreement can lead to eviction.”

A Minto spokesperson confirmed the policy doesn’t differentiate between legal and unlawful guns.

“With resident safety our top priority, this policy is specific to the presence and storage of weapons or firearms at all Minto Apartments properties,” said George Van Noten, the senior vice president of policy operations for Minto Properties. “In no way does it restrict licensed gun owners from tenancy.”

Though Van Noten says gun owners are allowed to be tenants, their firearms can’t join them.

According to a draft tenancy agreement, violating this or any other clause in the Resident Code of Conduct can result in “possible termination of the tenancy.”

A Minto representative didn’t respond to a query about whether the policy has ever been tested at the Landlord and Tenant Board.

A Toronto-based landlord and tenant lawyer the policy’s legality falls into a “grey area.”

“The Residential Tenancies Act only allows a landlord to terminate the lease if the tenant has substantially interfered with the quiet enjoyment or another lawful right, interest or privilege of the landlord or another tenant,” said Kevin Wiener of Wiener Law.

Even if tenants and landlords agree to certain provisions, they may not be enforceable, Wiener said. Bans on pet ownership are an example of this; even if a tenant has agreed to a a no-pets policy in a lease, a landlord couldn’t evict if a tenant violated the ban.

“The short answer is it may or may not be enforceable,” Wiener said. “(Landlords) could argue that the policy allows them to assure tenants that they are moving into a building with no weapons or other dangerous objects, and that assurance is important to other tenants.”

Though he wasn’t aware of any cases where this has been tested, Wiener said if one went to the Landlord and Tenant Board, the board could order an eviction, order a remedy requiring offsite gun storage, or do nothing at all.

While Minto says its policy is about safety, it’s actually less safe overall. Forcing gun owners who have gone through rigorous screening and testing to keep guns somewhere other than at home reduces the oversight most license-holders impose on their collections.

For non-restricted firearms—including most rifles and shotguns—gun owners can store them virtually anywhere, like at someone else’s house or in the trunk of a car.

Restricted guns, such as handguns, pose specific challenges. Offsite storage can be done for a hefty fee at a gun range or gun store, or at another property. However, the government may need to authorize the storage, and it makes transporting the guns more difficult.

Target shooters require an authorization to transport their gun to the range. Typically, these are issued solely for a direct route from home to the range and back.

While most conscientious gun owners follow storage and transport restrictions to the letter of the law, restrictions like Minto’s could cause people to cut corners.

With the risk of vehicle break-ins, not to mention temperature issues, keeping guns in your trunk is a less viable and less safe method of storage than a locked, in-apartment gun cabinet.

Minto’s policy seems to follow the lead of the federal government by presenting the illusion to safety, regardless of the consequences.

One Reply to “No guns allowed for Minto tenants”